Nearly every world-famous writer has passed through New York City at some time in the last century or so. It just seems inevitable that one has to make a pilgrimage to this city of readers, the capital of book publishing, and the intellectual center of the United States. The city is dotted with literary landmarks. Here are some of our favorites.

This 181-room Midtown hotel was first opened in 1902. By 1919, the place became a hub of New York's literary establishment. The Algonquin may be an elegant hotel but it's most known for the Algonquin Round Table, a cadre of writers, journalists, and actors who would meet there for lunch nearly every day to discuss literature and the issues of the day. Dorothy Parker, Noel Coward, Ruth Hale, Robert Benchley, and the first editor of the New Yorker, Harold Ross, were just a few of the literary lions who officially and unofficially had a seat at the table. That round table, by the way, is still there at the back of the ground-floor lobby bar.

The Center for Fiction, located in Ft. Greene, Brooklyn, is a well-lit place for books. It looks new but it's actually an old institution that started in 1820 as the Mercantile Library in Manhattan. In 2019 it moved to the gorgeous space it is now in. The center is a bookstore and also holds events with some of today's most well-known literary figures. 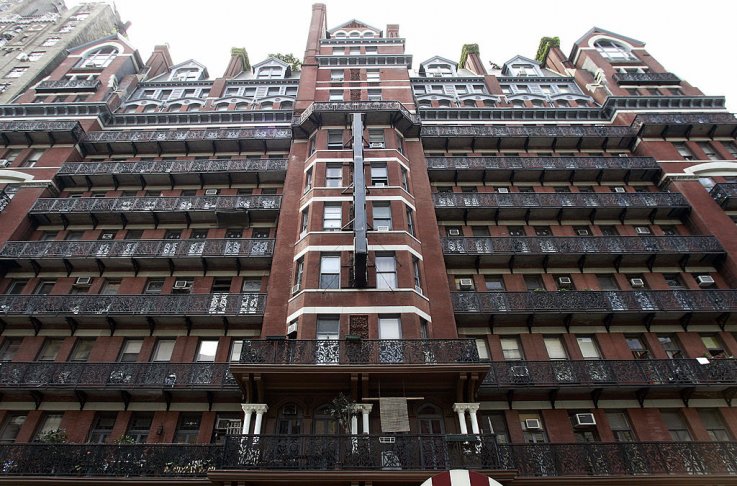 Patti Smith, Jack Kerouac, Mark Twain, Arthur Miller, Allen Ginsberg. These are just some of the great writers who have laid their weary heads down at this legendary hotel. Bob Dylan, Joni Mitchell, Leonard Cohen mentioned it in songs. The hotel is currently closed for renovations—let's hope they don't change too much—but hopefully, the Chelsea will be flicking on its lights again very soon.

Set in the middle of a park in the Bronx—Poe Park, natch—Edgar Allen Poe's cottage was built in 1812. Poe moved here in 1846 and paid $100 per year in rent. He'd turn over in his grave if he knew how much people are paying now. Today the cottage is a museum and Poe fans (and the people who love them) can take a tour of the property.

The library to end all libraries in the United States, the main branch of the NYPL on Fifth Avenue and W. 42nd Street is a temple of literature and research. Spend some time in the famous, ornate, high-ceilinged reading room and you may just run home and try to pump out a novel. Or at least a short story.

New York City is home to some amazing bookshops—The Strand, Books Are Magic, Idyllwild, Blue Stockings are a few that come to mind—but we love this cozy West Village bookstore for its creaky wooden floors, it's great book selection, and the staff who are friendly and make perfect recommendations. You might recognize the interior from the cover of Jonathan Franzen's 2002 essay collection, "How to Be Alone."